Our Climate Crisis and Food Security 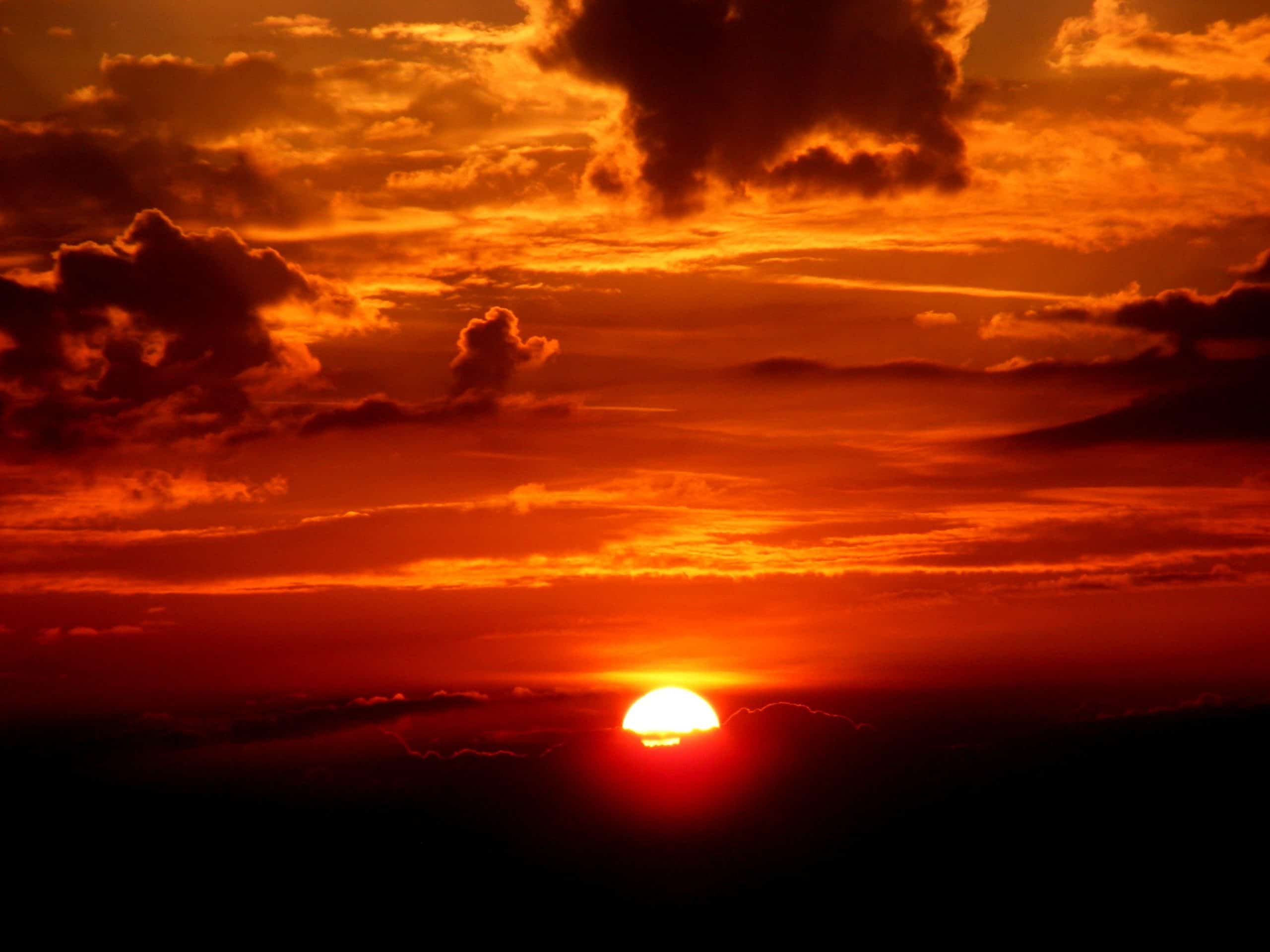 The United Nations Intergovernmental Panel on Climate Change (IPCC) released its 2021 report in August 2021. Based on the analysis of over 14,000 studies, the report soberly concludes that humans have caused a climate crisis.

The devastating impacts will be widespread. They will range from extreme weather events to severe droughts, heatwaves, catastrophic rains, flooding, ocean warming, rising and acidification, increased global temperatures, and changing growing seasons. This is happening faster than previously anticipated.

There is a tiny glimmer of hope—but only if we act now and decisively!—which we will discuss shortly.

One major impact that our changing climate will have is on our global food security.

The Climate Crisis and the Food Industry

If global temperatures rise 1.5C and higher in the next decades, food production and supply will suffer. This is expected to cause higher food insecurity for many reasons.

Our Changing Climate’s Impact on Agriculture

“Across the globe, over 80% of calories consumed come from just 10 crop plants, including rice, maize, and wheat,” Bonnie Waring, senior lecturer at the Grantham Institute, Imperial College London, said in a Guardian article. “Although a few staple crops – like soybean – may do better in a warmer future, warming temperatures and increasingly frequent droughts are likely to reduce yields of these key crops across many regions of the globe.”

The IPCC report states that there will be an increased number of days per year with higher temperatures than crops can stand. This extreme heat, coupled with prolonged periods of drought and changing rainfall patterns will make agriculture more difficult in the years to come. It may also wipe out entire yields of crops.

Some farmers are already experiencing this. Record-high heatwaves across Canada caused fruits to “cook” on the vines and branches in British Columbia, as an example.

“Increased heat and humidity will harm current crops and livestock, with droughts and floods having the potential to wipe out harvests as well,” Ilan Kelman, professor of disasters and health at University College London, said to the Guardian. “Massive shifts in agricultural practices, including changes to crops and livestock, would be needed to counter these effects.”

Beyond an increased frequency of record-breaking hot days, our growing season will change. For example, the first and last frost days will change as the cooler months get shorter and less cold with fewer days of snow and participation. Many crops rely on the clockwork-like predictability of those frost cycles, however, as well as needing cold nights to thrive.

Likewise, devastating rainfall may damage plants and wash away essential nutrients or cause fields to flood completely.

All of this will make farming practices more difficult.

Our Changing Climate’s Impact on Fisheries and Aquaculture

The same goes for the fishing industry. Increasing ocean temperatures, acidification, and deoxygenation will (and is already) impact fisheries and aquaculture. For example, this year’s heatwave cooked billions of shellfish alive along the entire Pacific Northwest Coast. The increased frequency of powerful storms will also make it more difficult to farm and fish the changing coastlines.

The Climate Crisis and Food Security For A Growing Population

“If we fail to act, then significant numbers of people could face major problems with food,” said Ilan Kelman. By 2050, our global population is expected to top 10 billion. This means that our global food production must rise by half in the next 30 years.

These are the same 30 years that IPCC says that we are locked into worsening climate changes, regardless of any changes we make.

According to the IPCC’s Food Security and Food Production Systems report from 2018, compared to 2010, the world will need an extra 7,400tn calories per year in 2050 and beyond. That means that we will require a landmass twice the area of India if we continue on the same path of unsustainable consumption.

Last month, we wrote about our freshwater crisis in A Drop’s Worth: The Value of Water on Food Security. Only 2.5% of our changing planet is currently made up of freshwater—and ~70% of it goes to agriculture. Humans using this precious freshwater unsustainably, specifically in developed countries. Meanwhile, the IPCC’s 2021 report states the certainty of drier, hotter years and decades ahead.

An Excerpt From Our Piece on Valuing Water

Water scarcity is a serious and growing concern. This is especially true when we look at the link between water and food production.

We need water to produce food. Water helps plants grow, boosts crop yields and nutrition levels, allows farmers to expand their production to feed more people, and allows us to grow food during dry seasons or droughts. The more water that a community—or country—has available for agriculture, the higher the food security. There is also known to be less malnutrition, famine, and undernourishment where there is better access to good water.

Water is therefore central to our food security, health, and nutrition.

It is also in high—and ever-increasing—demand as our population continues to grow and more droughts plague our changing climate.

Read more (and find out how you can reduce your water use).

The Higher Cost of Food and its Impact on Food Security

Agricultural challenges and risks in a changing climate come at a cost.

This will, unfortunately, impact food prices, access, and affordability for all, including those vulnerable to food insecurity individuals and families. In Canada, for example, one in seven individuals are currently food insecure.

According to a study by the World Bank, since 2010, there has been an estimated net increase of 44 million people in extreme poverty in low and middle-income countries as a result of food price increases.

It’s time to act. Our climate crisis and food security depend on swift and widespread changes.

The Glimmer of Hope if We Act Now

The IPCC 2021 report laid out five scenarios or climate futures. In all cases, global warming of at least 1.5 degrees. The impacts discussed above will happen in the coming decades.

However, the best-case scenario states that we could limit global warming after 2050 if we take aggressive, fast, and globally widespread action to cut our CO2 emissions starting now. This kind of action requires global, political cooperation that most governments have not been able to achieve so far.

The worst cases, where we do not slow our emissions, predict global temperatures of 3 to 6 degrees Celsius higher than pre-industrial levels by 2100. This will have catastrophic consequences to humankind and our only home.

It’s up to everyone to act now. From policymakers and government bodies to organizations, farmers, and consumers.

According to EPA, the single largest source of global greenhouse gas emissions is electricity and heat production. That includes the burning of coal, natural gas, and oil for electricity and heat. Make an impact by switching to renewable energy sources, such as hydro, solar, wind, ocean, and geothermal.

After that, the second-highest group of CO2 emitters includes agriculture, forestry, and other land use—with most of the emissions coming from agriculture and the cultivation of crops and livestock and deforestation for agriculture.

This is exacerbated when we consider our broken food systems: one-third of all food produced globally goes to waste. Food loss and waste represent nearly 60% of the food industry’s environmental footprint. If food waste and loss were a country, it would be the worst emitter of CO2 after China and the U.S.

“Governments must begin taking urgent steps now to build resilience into agri-food systems,” Shefali Sharma, director of the Institute for Agriculture and Trade Policy, told the Guardian in an interview about protecting vulnerable farmers. “This means building soil health, agricultural biodiversity in crops and animals, serious extension work that builds on traditional knowledge and local breeds and seeds and adequate support for adaptation.”

“A rapid transition to agroecological farming offers a healthier and more sustainable approach to producing our food and requires a shift in our diets to less and better meat, with an emphasis on fresh fruit and vegetables and the consumption of more pulses and legumes,” explained Rob Percival, head of food and health policy at the UK’s Soil Association.

Reimagining the Future—For People and the Planet

Healthy food should never go to waste, especially given the circumstances that we now find ourselves in. Yet 11.2 million metric tons of edible, potentially rescuable food is lost or wasted every year in Canada alone, from every part of the food chain, from farm to retail.

Imagine what could happen if that lost and wasted food was diverted from the path to landfill and redistributed to communities instead. Given the high toll that food waste exacts from the environment, that one simple step could dramatically reduce the number of greenhouse gases released into the atmosphere.

Even as consumers, we can play a role, too. We can tell our favourite food retailers about Second Harvest’s food rescue app, available for free from the App Store or Google Play. We can vote with our wallets and choose to shop at stores and eat at restaurants that donate their surplus food.

Let’s work together to rewrite the script and reimagine a healthier future, one plate and shopping bag at a time.

Click to read The Avoidable Crisis of Food Waste, our world-first research of food loss and waste, to learn where food is wasted – and how it can be rescued. 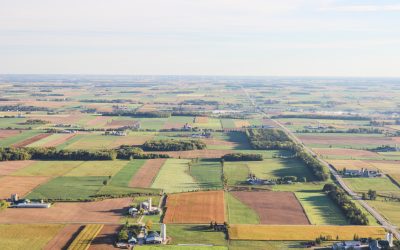 Wasted Opportunity is Second Harvest and Value Chain Management International (VCMI)’s third and most recent report. In it, we dive deep into how much, where, and why surplus edible food is wasted in the food industry. We identified 127,177 businesses that are... 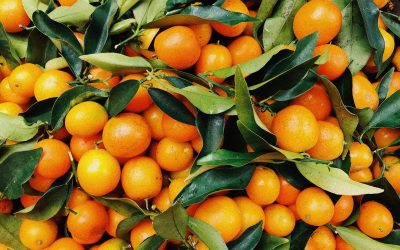 Surplus is an amount that is more than what is needed. It’s an excess of supply over demand. Surplus food then, based on this definition, is the quantity of food that we grow or make that exceeds the demand. It is an abundance of food. In a perfect world, we would... 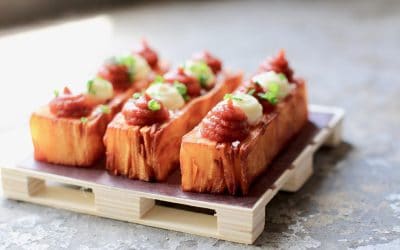 Potatoes, Potatoes, Potatoes! What a versatile ingredient. Our favourite way to prepare potatoes is making crispy, saucy Patatas Bravas Madrina! This crowd-pleasing recipe will also be available to taste at Toronto Taste on June 12th! Grab your ticket today to enjoy...