“After 16 Years, It Feels Like Friends Working Together”—Juliana Sprott 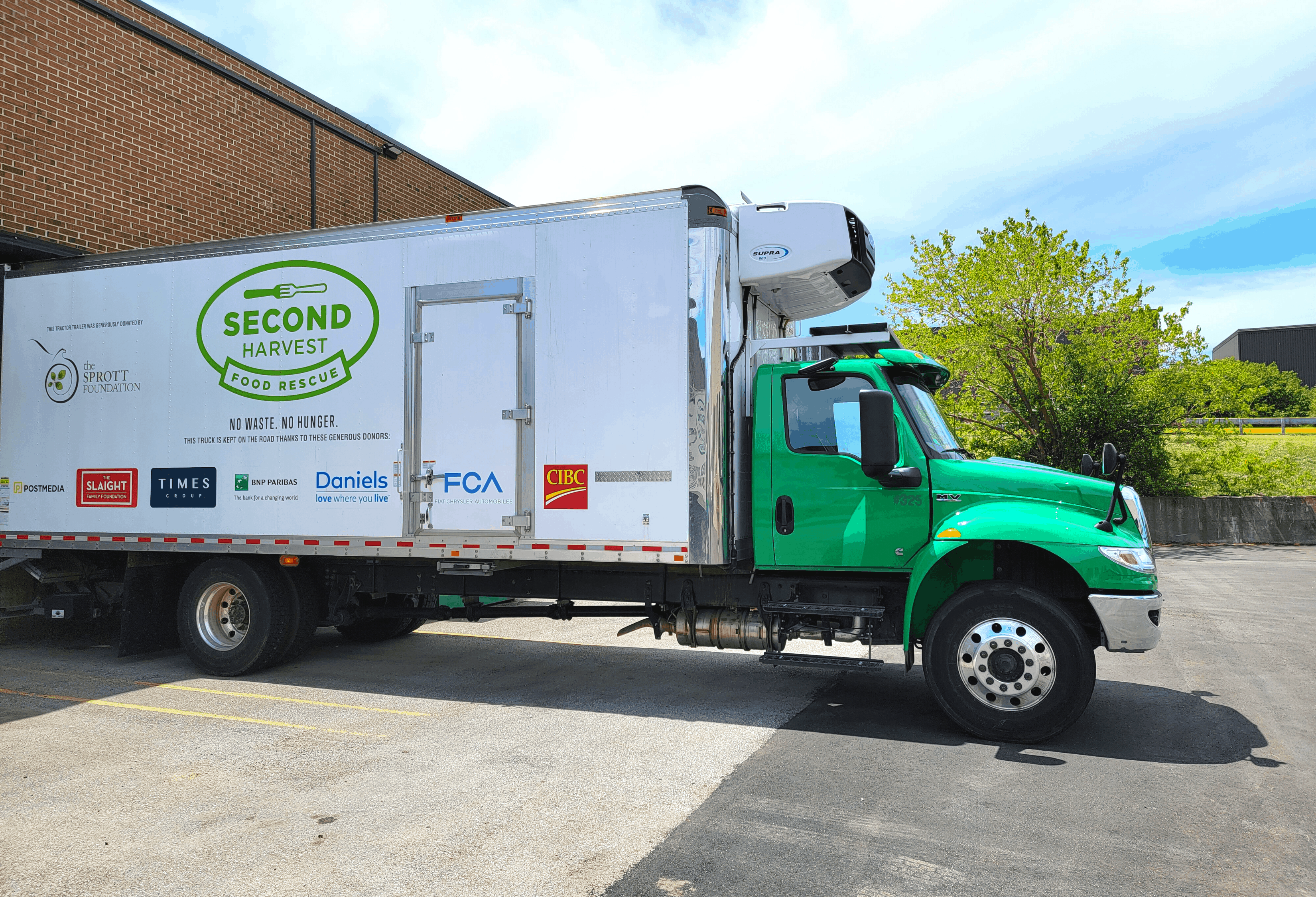 Since its founding in 1988, The Sprott Foundation has been dedicated to addressing homelessness and hunger in Canada. Their philanthropic efforts support programs and projects that enable self-sufficiency and dignity for those Canadians in need.

The Sprott Foundation has been generously supporting Second Harvest and our vision of No Waste. No Hunger. since 2005. We had the absolute pleasure of speaking with Juliana Sprott who is the foundation’s Chief Giving Officer and daughter of the founders, Eric and Vizma Sprott.

“If you don’t have the fundamental elements to thrive, like a roof over your head, and if you don’t have the proper fuel for your body, you’re starting your day at a disadvantage,” Juliana Sprott told the Second Harvest team. “For our family, we look at the country we live in and we think that is unacceptable.”

Over the years, the Foundation has supported Second Harvest on many initiatives. For example, The Sprott Foundation provided generous funding for Second Harvest to distribute $10 million worth of grocery gift cards to our agency partners, such as food banks and community centre soup kitchens, across the country in summer 2020. Twenty-five percent of the grocery gift cards went to Indigenous-led organizations in Northern Canadian communities.

This was in direct response to the spike in food insecurity across Canada due to COVID-19. In fact, one in seven Canadians now experiences food insecurity—an increase of more than 1.2 million people.

We spoke with Juliana Sprott to hear more about the foundation’s longstanding partnership with Second Harvest and how our visions for the future of Canada align.

What inspired—and continues to inspire—The Sprott Foundation to partner with Second Harvest?

“What initially appealed to me, and later with the board, was that Second Harvest was able to rescue good food from ending up in a landfill. It was an easy and obvious solution to dealing with food waste.

When I look in my fridge and see that I have food that’s about to go to waste, I use it up right away. But organizations that are not able to sell that food, like a grocery store, let’s say, there might be a soup kitchen or a community food program that can use it tonight or tomorrow. Making that connection between the organization and Second Harvest is brilliant.

That was the initial connection between The Sprott Foundation and Second Harvest. Over the years, I’ve also developed a strong interpersonal relationship with Lori Nikkel and the team at Second Harvest. It’s hard to explain, but there is such a bond there that resonates with me, my family, and our Board.

How does Second Harvest’s vision of No Waste. No Hunger. support The Sprott Foundation’s zero hunger mandate?

“When I think about food waste in this country, it is truly mind-boggling. To think that we can address it is a beautiful opportunity. If you don’t have the basics in life, like food or shelter, you are not able to thrive in any other capacity.

You could be a person who is an absolute genius at math, dancing, or art. If you are going to work or school hungry, you’re not going to be able to fuel your mind to bring those talents to the forefront.

When we think of Zero Hunger or No Hunger, we want to try to help people get healthy, nourishing meals into their systems so that they can be the best versions of themselves.

In the pandemic, many basic human needs were threatened. How did the Foundation’s giving pivot in response?

“Our mission didn’t change, but when it became apparent that COVID was turning into a pandemic—and people were asked to stay home, being furloughed, and businesses were shutting down—we realized that we needed to make a massive investment in food security.

People were losing their jobs. They didn’t know when they were going to go back, they would likely start to divert their money to rent, cut back on discretionary items and food. If you have to decide to pay for rent, electricity, or food, many people will make sure that their shelter is paid for and will skip meals. That’s when people start turning to food banks.

People who wouldn’t normally have used a food bank suddenly needed them. If they had to pay their rent, but government support wasn’t enough, they started using services they hadn’t used before.

Suddenly there was a mixed demographic of people looking for help. In the case of our donation, we provided grocery gift cards. We felt a desire to help out across the country.

We had been doing this type of work before, but the pandemic put a greater sense of urgency on our work.

Why was The Sprott Foundation able to act so quickly in response to the pandemic and food insecurity?

“Because we’re a family and not a corporation, we can be innovative and we can move quickly. We can call a meeting in 24 hours, come to a consensus as a family, and respond fast. We’re all on the same page too, in terms of the impact that we’re trying to make.

If we make a donation that doesn’t entirely meet its objectives, none of us have to worry about being reelected. I have a lot of empathy for people who work in the government who are trying to fund programs because if they don’t work, the public gets frustrated and seems to think that the money was “wasted.”

We don’t see it like that. We’ll take a risk and take a chance, and hope it doesn’t flop, obviously, but our livelihoods are not on the line.

For example, the grocery gift cards in the pandemic could have failed and not met the needs of anybody, but we would still have continued our work on our mandate of No Poverty and Zero Hunger.

What role does relationship-building play in your partnership with Second Harvest?

“After 16 years, a huge part is relationship building. It grows and transforms. When you meet the same people time and again, you develop a rapport on a relaxed and comfortable level. Even though we’re working on a very serious topic, we can smile and have upbeat conversations.

That’s one of the most special aspects of the collaboration between Second Harvest and The Sprott Foundation.

It feels like friends working together to solve a problem.

What is your favourite aspect about partnering with Second Harvest?

“I can call up Lori Nikkel (Second Harvest’s CEO) anytime and vice versa. We have a strong, good relationship—that’s my favourite part!

Also, it’s the work that Second Harvest does—it’s the time and effort, the volunteers, the long hours, and the positive impact that they’re making on people’s lives because of this fresh, nutritious food. It’s so impressive to The Sprott Foundation Board.

Second Harvest is looking for interesting solutions to a big challenge. But they’re not down, they’re upbeat and positive. I know that there is a serious hunger problem in this country, but there are ways that we can tackle it. When charities say that a situation is so dire and totally hopeless, it makes me doubt that my time, money, support, and energy can make a difference at all.

With Second Harvest, it resonates with me when they propose ideas that will undoubtedly make a situation better.

“The single biggest thing that I’d like to say is that The Sprott Foundation has the absolute highest level of respect for Second Harvest. We absolutely love collaborating with them because the work that they’re doing is so intelligent and so helpful.

I’m such a strong believer in using this fresh, healthy, nutritious food. I hope they keep expanding on the amazing work that they’re already doing.

Thank you to Juliana Sprott for speaking with us today and for the generous support that you, your family, and the Foundation’s Board have given Second Harvest for so many wonderful years. 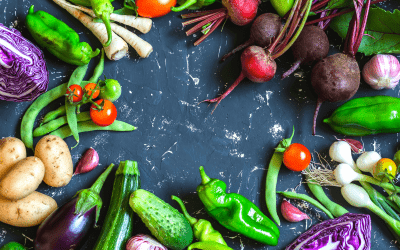 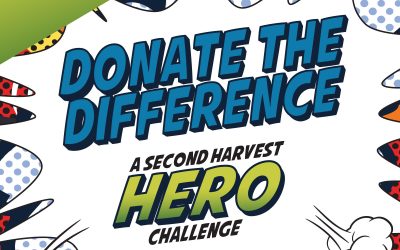 Live Waste Wise, Reduce Your Food Budget by 10% and Donate the Difference!

Did you know that reducing your food waste can save you money? We toss 2.3 million tonnes of perfectly good food every year, costing Canadian households an average of $1,766 a year. That's why we are challenging you this month of August to reduce food waste and food... 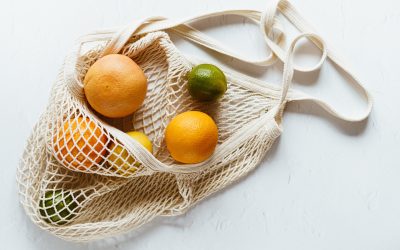