Using the Power of Technology for Good 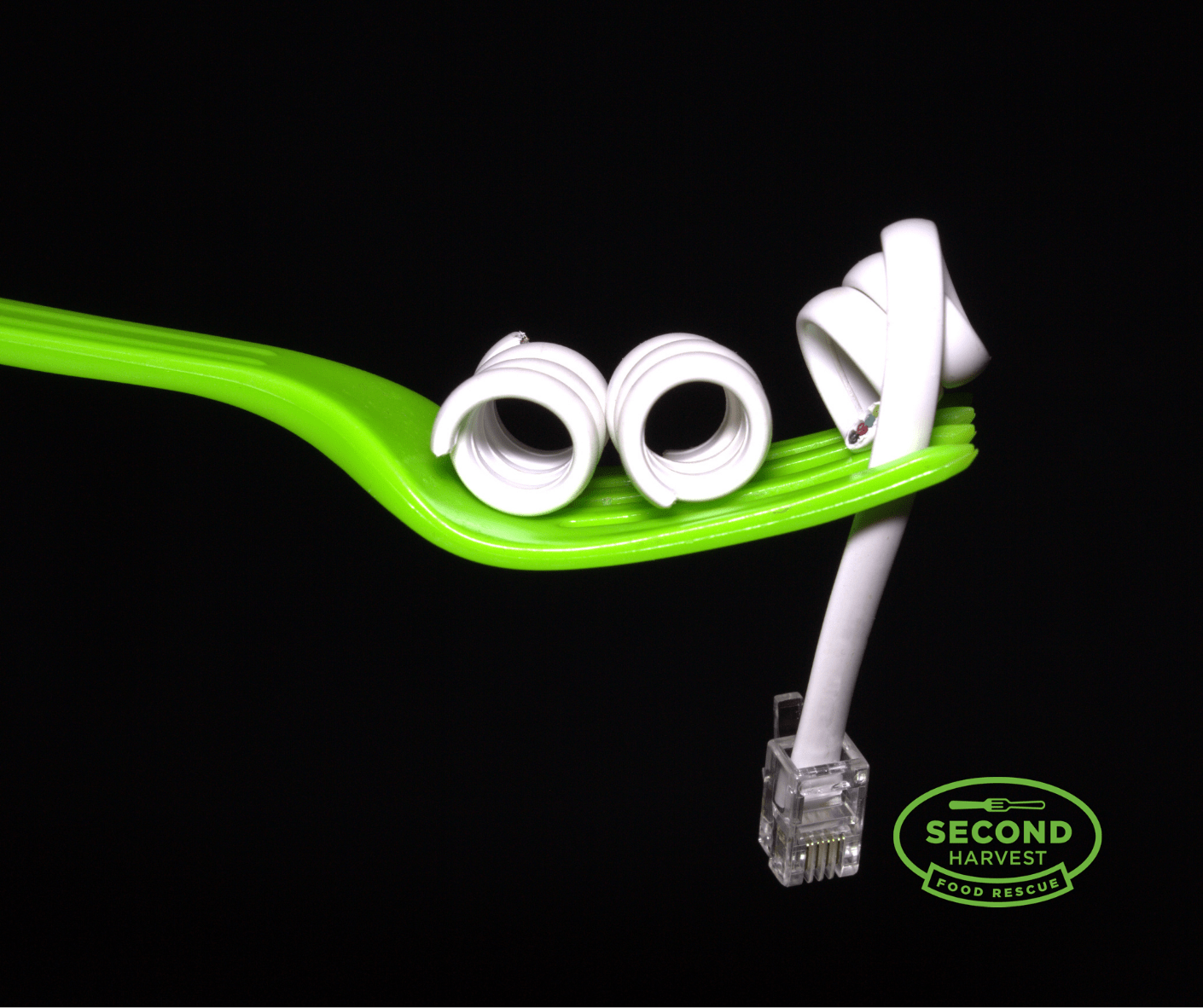 “COVID-19 forced us to do in three weeks what we’d planned to do in three years.” When Second Harvest CEO Lori Nikkel spoke to Microsoft News in July 2020, she wasn’t exaggerating about the time shift.

At the onset of the pandemic, millions of Canadians lost their jobs and became food insecure and hungry. Communities and social agency partners needed more food to meet the 40% increase in demand. Meanwhile, millions of pounds of food were about to go to waste from restaurant kitchens forced to close, and from food producers, manufacturers, and distributors across the country dealing with cancelled orders from their usual customers.

The expansion of Second Harvest’s food rescue operations, using tech to facilitate hyper-local partnerships between food donors and non-profit food programs, went from local to national at record speed to help redistribute the surplus food – but even before the pandemic, the tech was showing the strain.

The non-profit technology’s food donation web app and server were designed in 2017.

Before the launch of the app’s pilot program in 2017, the non-profit brokered all food rescue over the phone and in emails with trucks delivering food mostly in the Greater Toronto Area. This was labour intensive and many communities were being missed. The app was developed to foster connections between local donors and their neighbour non-profit food programs, for example, a local coffee shop that has a dozen sandwiches and a homework club that needs snacks. Amounts that were too small to be part of the fleet’s pick-up routes could be conveniently handled through the app.

The app launched as a pilot program in five Ontario communities, then went Ontario-wide in fall 2018 and launching British Columbia in mid-2019. But the app would crash if 10 or more food donors or agencies were trying to give or receive food surplus at a time. It wasn’t scalable or optimized for country-wide support.

“We had a proof of concept in the existing platform but needed a robust version that could scale with us—and support a greater user load, server capacity, and functionality,” said Veronica Summerhill, Second Harvest’s Director of Product Development.

Before the pandemic, the team connected with Mark Arteaga, the president and founder of RedBit Development and brought his consultancy team on board to transform the platform. They had been working with Second Harvest for about a year and understood the impact that the non-profit could make with the right technology.

Non-Profit Technology to Amplify the Mission

How the Second Harvest Food Rescue App exceeded its small and sometimes glitchy beginnings cannot be told without RedBit Development, a Canadian engineering and design consultancy, that overhauled the web app and built a new mobile app within three weeks of the pandemic’s onset.

This tremendous feat won them the 2020 Microsoft Community Response Partner of the Year Award, which recognized partners that provided innovative solutions in response to the pandemic. RedBit was also awarded as a finalist for Microsoft’s Social IMPACT Partner of the Year INSPIRE Awards.

The ultimate reward, however, is in the impact that the new technology has already had on communities in need. In three months the amount of rescued food that was donated through the platform doubled to provide 1.5 million pounds of food to Canadians in need, which helped avert the release of 6 million pounds of greenhouse gases by keeping this good food from landfill.

Improving the Tech Behind the Scenes

Arteaga’s team had been leveraging some of Second Harvest’s existing Microsoft Azure software when three-year plans were fast-tracked to three weeks because of COVID. They could respond quickly because they understood the non-profit’s mission and had experience developing with the right tools in Azure.

“From the previous version, we knew we needed more capacity so we scaled it out over three servers running at the same time,” Arteaga explained. “We changed the code so that users would connect to one of the three servers and not overload any one at a time. Everything is based on Azure.”

On the user-facing side of the technology update, the team refreshed the look and feel of the app and built the mobile application to have a smooth experience throughout the entire journey. For example, RedBit set up a notification system for agencies who had signed up on the platform to get automatic notifications via text or email to claim local food donations fast.

They also added a search and filtration functionality to easily find what they’re looking for. This now included non-food items, such as grocery gift cards, PPE, toilet paper, and other essentials.

Users can now post whether a truck is needed for pickup or if a car will do, depending on items. A new reporting feature allows donors and agencies to pull their food rescue impact reports whenever they’d like.

The list of features added during the food rescue app’s digital transformation goes on.

When the Canadian Government granted Second Harvest $11.2 million to distribute to non-profits across the country, they needed a portal for non-profits to apply for funding. In just one weekend, RedBit created a technology solution that enabled organizations to use the app to apply for funding and, later, thanks to a large foundation donation, grocery gift cards.

This kind of dogged hard work and talent—and in a time of so much global uncertainty—is part of what earned the RedBit team the 2020 Microsoft Community Response and finalist of the Social IMPACT Partner of the Year INSPIRE awards.

“They went around and essentially created a system of connecting all of the food, solving the hard challenge in the pandemic: How can they scale a nationwide effort around food security?”  Nadella said to CRN. “That was fascinating.”

“These are the types of partners doing hard work in communities that needed solutions in a constrained world of COVID, and it was fantastic to see that,” Nadella said to CRN.

The work on the Second Harvest app also had other benefits.

“It gave us focus and something meaningful to accomplish when the pandemic hit,” explained Hazel van der Werken, RedBit’s Head of Operations. “We were helping build something important, rather than adding to the panic. It was a bit of a silver lining for us.”

For RedBit, working with Second Harvest rekindled their goal as a company to use technology for good. “Building something that actually impacts someone’s life so greatly has a profound impact on everyone involved,” said van der Werken. “Non-profits are just like any other business that we support, but they’re often doing important social, economic, or environmental work. So why shouldn’t their technology be state of the art?

“We had the power, tools, and know-how to build Second Harvest a platform that could support their mission and so we did,” she said. “We believe that technology should always help. Never hinder.”

With a mission like eliminating food waste and hunger in Canada, the work at Second Harvest is far from finished.

Ben Zimmer, the co-founder of Enable Education, generously donates 20% a year of his team’s bandwidth to help non-profit organizations. They have donated in-kind to Second Harvest for two digital projects.

One will be a food waste reduction video game for kids in the Food Rescue Heroes program. The other is train-the-trainer programming around best-before dates, which will digitize and improve resources to make them more engaging and increase the reach. Misunderstanding of best-before dates and expiry dates is a key driver of household food waste since many people (incorrectly) believe that best-before dates are indicators of food safety. Both projects are in the planning phases and are set to launch in late 2021.

“We thought about how we can keep our top talent inspired and engaged,” Zimmer said. “There is a unique opportunity for tech companies like ours to offer our skills. Why not support organizations that are making a real impact? It’s great for team spirit and morale.”

“If we can donate our technology and best practices, and as a result, Second Harvest trains 20 times more people about food waste without having to spend more time and resources, nothing would make us happier.” 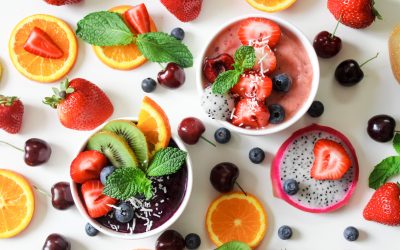 January is a time for setting intentions, resolutions, and goals for the year. Make 2022 the year to eliminate food waste. (Or, at least, significantly reduce and divert it.) There’s no time like the present! Our climate is in a crisis, hunger is on the rise,... 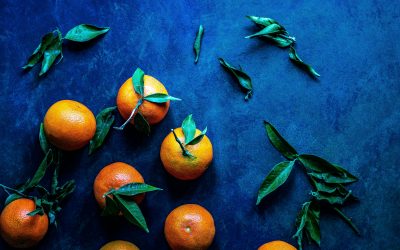 Happy New Year! There are no better 2022 resolutions than the ones that improve yourself, your habits, your health, and your impact on the planet all at once! We’re talking about simple eco-friendly food resolutions that can make a huge difference to so many. ... 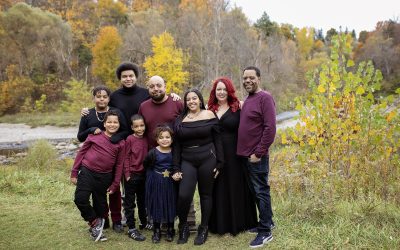 Natasha Bowes, Senior Manager of Philanthropy for Second Harvest, seen above with her family (second from right) recently had a chance to “walk the walk” and join her Second Harvest colleagues during a delivery day in December in honour of Giving Tuesday. It was an...