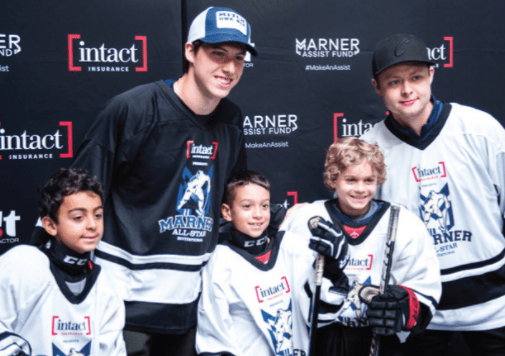 National Hockey League star Mitch Marner of the Toronto Maple Leafs made one of his greatest-ever assists on Thursday night.

Along with a star-studded panel of guests – including Hockey Hall of Famer Doug Gilmour, comedian and host of Family Feud Gerry Dee and other NHL players – Marner headlined the One Team United fundraiser which raised enough money to provide 120,000 meals to families in need.

Hockey fans have seen his on-ice talent and magical goals for the Toronto Maple Leafs, but Marner’s philanthropic nature and big heart was on full display during the 90-minute stream-a-thon, hosted by Sportsnet’s Tim & Sid.

“We all know Mitch is an extremely talented hockey player but it’s his desire to help and connect with people off the ice that is so impressive,” said Debbi Coull-Cicchini, of Intact Insurance, to kick off the event.

Marner was all smiles during the 90-minute virtual fundraiser but was all business on the importance of supporting this cause.

“We started with Second Harvest early in the pandemic and came back to them again when an opportunity came up to help and feed families,” he explained during his opening comments. “It’s been a lot of fun working with Second Harvest … every one dollar gets two meals so let’s make a lot of families happy during the holidays.”

That they did. Gift cards to buy presents and food were available for purchase and given to food-insecure Canadian families in need of some holiday cheer, hope and support.

Marner’s friends were quick to jump at the opportunity to support the event. His Maple Leafs teammate, defenseman Justin Holl was happy to support his friend and roommate. “Mitch is an awesome guy, he stays very busy doing a lot of things that are often beneficial to other people,” Holl said. “He’s always got something going on to try to help the community. It’s something I really respect about him.”

Overall the event and the evening was a huge success, a monumental assist by Mitch Marner.

About the Marner Assist Fund

The goal of the Marner Assist Fund is to generate positive change for children and youth by providing resources that will make a significant impact on their lives. MAF’s focus is to assist in the areas of children’s social care, health, education as well as supporting environmental causes ensuring children will have a sustainable future. 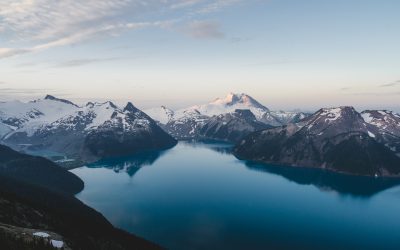 Ice Roads, Planes and Groceries: The challenge of feeding the North

“There are many obstacles facing the North in accessing affordable, nutritious and safe food sources that are only compounded during a global emergency.”—The Honourable Daniel Vandal, Minister of Northern Affairs in Canada. Food insecurity, in which people lack secure... 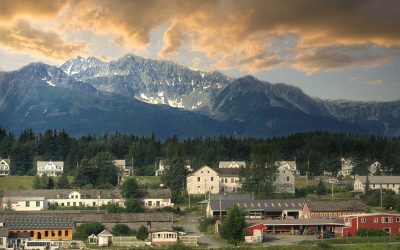 TRUE NORTH: Food Shipment to Whitehorse Brings Smiles as Wide as the Lands

With salmon numbers at historic lows on the Yukon River in 2020, it was good fortune and good timing for the First Nations families to hear the news of a massive shipment of food arriving from Second Harvest. After receiving the shipment, the Yukon First Nations... 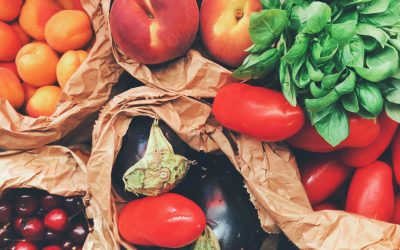 Are You a #FoodDefender? Join the Waste Wise Resolution Challenge

It’s traditional to start a new year with New Year’s resolutions, but we have a resolution that’s good for you and the planet: take our Waste Wise Resolution Challenge and start a 5-week journey as a #FoodDefender! For more than 35 years Second...